The crossing in the zebra finch. How the genetic crossing of mutations linked to sex takes place and thus creates certain combinations of mutations.

It was in 1960 that the first zebrafinch pale Brown back appeared in Belgium.
Let us try to understand how such a combination of colours could have been born.

It is known that the brown and pale back factors, related to sex, are located on X chromosomes, but different and at different locations (loci): (1) and (2).
They are therefore not normally linked (otherwise all the browns would also be pale backs: which is not the case).
How could they get linked on the same chromosome ? (3)

When you mate a brown male with a pale grey back female (or vice versa), each time you get grey males, carriers of brown and pale backs. Each male therefore has two different X chromosomes: One carries the "brown" "no light back" genes, the other carries the "no brown" and "light back" genes. Being recessive, none of these genes can be expressed since they are in a single copy; being non-alleles, neither can dominate the other; It is therefore a natural grey colour that is expressed.

How will these genes be transmitted by the male to his offspring ? To understand it, some explanations are necessary.

Chromosomes are very long molecules (2 millionths of a mm thick, average 5 cm long in humans) that are normally entangled with each other in the nucleus of the cell. At the time of meiosis (cell division allowing, in males, the formation of spermatozoa from the mother cells of the testes), these chromosomes split into two rigorously identical chromatids linked together by a centromere.
Each chromatid then spirals. Only then does the chromosome become visible under the optical microscope. The chromosomes group together and join two to two homologous pairs.

During this phase, two chromatids of the two joined chromosomes can cross, break and then join together by exchanging more or less important segments. This is the phenomenon called spanning.
The “brown” gene could thus be found linked to the “pale back” gene on the same X chromosome. A grey male with brown back and pale back can (but only this way) produce pale grey, grey, brown back and pale brown back females. (12.5% of each).

With this crossing over, this same male could also have: 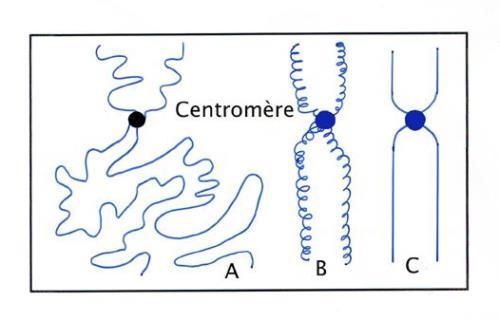 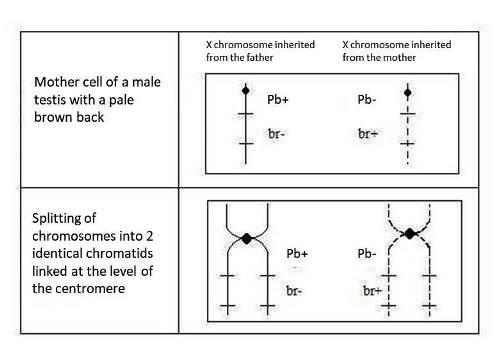 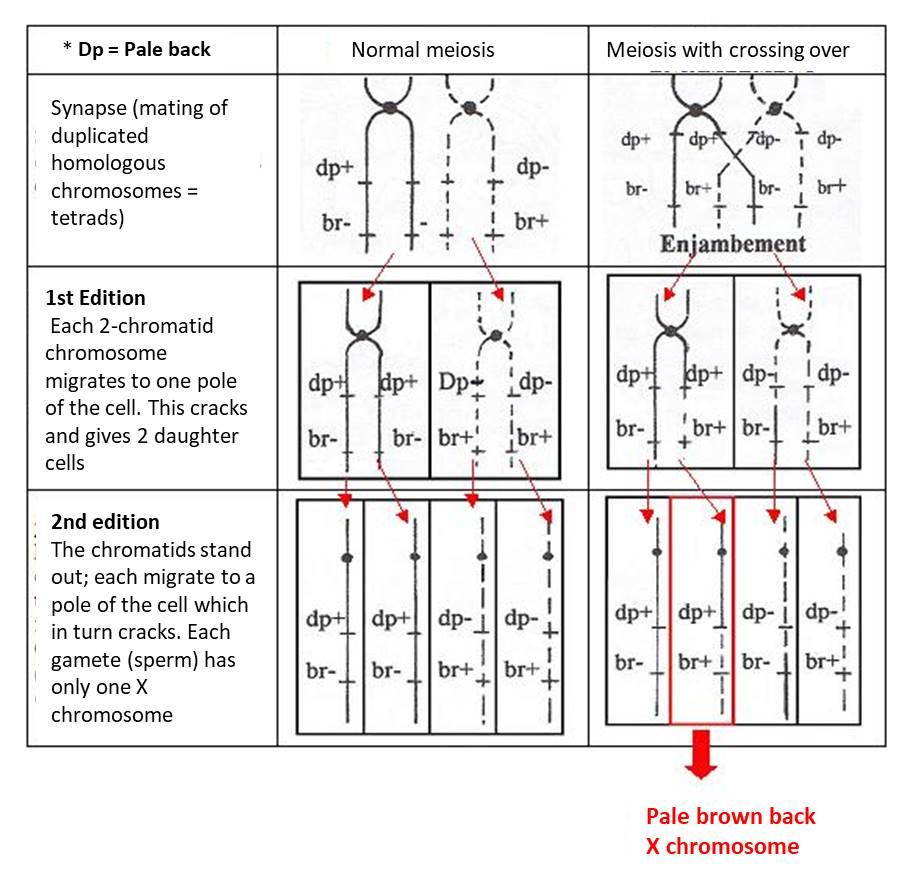 We do not know if this is how the mutation really arose, but the hypothesis seems likely. The brown mask that appeared around the same time in Great Britain may have had the same origin (a crossing between the chromosomes of a pale grey back male with masked and brown masks may result in brown masked females).

While crossing over can explain the appearance of certain mutations "a posteriori", it cannot however be considered as a breeding process; Admittedly, the phenomenon is not exceptional (to believe some specialists, it is even relatively frequent) but it often goes unnoticed because the exchanges between chromatin segments take place between similar allele genes. However, the percentages of chance of it happening are minimal and to obtain pale brown backs or masked browns it is better to go to the breeders, more and more numerous, who are raising them.

The phenomenon remains fascinating to study because it can occur in the other direction: Genes linked on the same chromosome can be separated.
It is also possible that the exchange between chromatids takes place, not only between chromatin arms of homologous chromosomes, but between chromatids of different but neighbouring chromosomes. This is a line of research for anyone who has questions about certain zebrafinch mutations.

Much of the genetics of zebra finches have yet to be discovered.